Armed to the Gears Free Download PC Game setup in single direct link for Windows. It is an amazing action, adventure and indie game.

Armed to the Gears combines real-time strategy and territory domination into a top-down shooter with mechs, cyborgs and complete destruction.
In a dystopian future where a totalitarian regime, under the flag of the Ministry, dominates the whole world and enslaves billions, an underground resistance fights for freedom.
You are regarded their most skilled engineer, who’s able to hack into the Ministry’s Infantry Class robots and control their weapons, turning these war machines against their makers.
Your Mission:
Capture every Reactor by reaching proximity;
Secure the reactor’s perimeter to avoid enemy takeover;
Suppress the enemy’s presence in the area.
Armed to the Gears already is a full-featured action-strategy game:
. Two game modes: Campaign (capture and defend strategic points) and Base Defense (Tower-defense style).
. Play the tutorial and eight campaign areas with increasing difficulty and complexity. Explore the Training fields, Lower Downtown, Desert Base and Ammo Factory, City Center and more. Navigate your war robot around the maps to destroy enemies and capture reactors.
. Six defensive maps where the mission is to defend the center of the map from incoming waves of enemies from multiple lanes.
. Captured reactors and generators will grant Energy points, used to teleport turrets, call air support into the battle field and repair your robot, enabling a temporary protection for a base or offensive weapons to decimate the enemy’s stronghold.
. Customize your mech with different armors, fairings and colors, jet thrusters, primary weapons and secondary launchers.
. 12 deployment options – 6 turret types, attack drones, landmines, barricades, repair station, carpet bombing and neutrium ballistic missile. Upgrade turrets, factories, distilleries and generators to maximize the defensive capacity of your bases.
. Multiple weapon types, including machine guns, lasers, plasma and electron cannons, grenades and missile launchers.
. Defeat the enemy’s army of cyborgs and mutants, war drones, robotic infantry units and dangerous giant mechs.
. Credits collected in battle can later be used to repair structures or in the main base’s Workshop to buy parts, ammo and fuel for your robot.
. 15 Achievements, received when a mission is completed.
. Leaderboards to compete globally or with friends for the highest enemy neutralization count.
. Complete Main Menu where you can configure controls, game-play, access the workshop, web links, settings and save / exit. 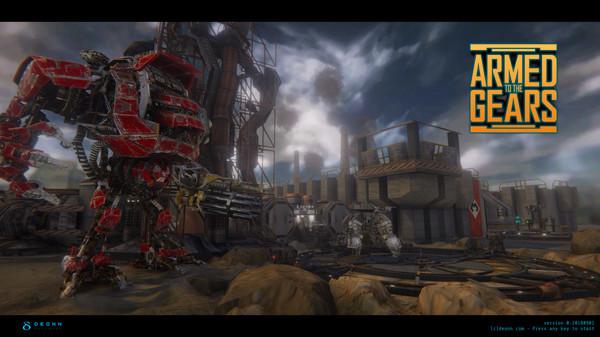 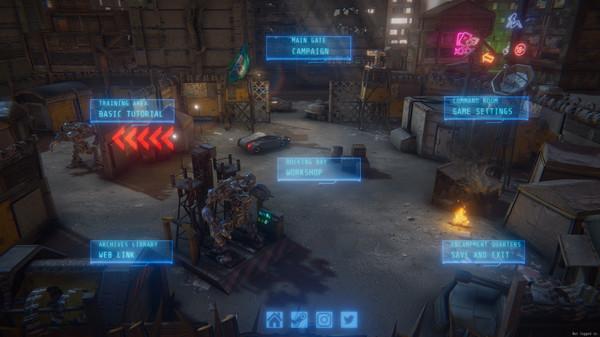 System Requirements of Armed to the Gears

Before you start Armed to the Gears Free Download make sure your PC meets minimum system requirements. 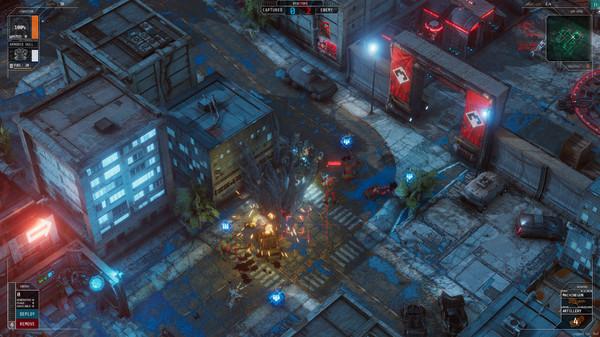 Click on the below button to start Armed to the Gears. It is full and complete game. Just download and start playing it. We have provided direct link full setup of the game.